Get your free six figure marketing checklist to get booked out with clients! Episode 130. Who Are You BEING When You’re DECIDING

Episode 130. Who Are You BEING When You’re DECIDING

What is up love fam. Today I want to talk about decisions. I want to talk about specifically, not just the decisions that we make themselves, but literally who we are, where we are acting from the vantage point from which we are moving, thinking, breathing, feeling and pressing play when we make those decisions. Does that make sense? I think a lot of the time we think about, Ooh, is this the right decision? Or not? Should I do this thing or not? But we’re not actually cognizant of which part of us is making the decision. That’s what I want to bring into focus today. That is what I want to center in this conversation, not just what is the choice that I’m making, but what part of me is making this choice? Is that resonant? Is that true?

Which part of you are you making decisions from

What’s the decision that you’re up in making right now, as CEOs, entrepreneurs, we’re making decisions all of the freaking time who to hire what to do next? Are we rebranding? What should our website color label blah, blah, blah, blah, blah, there’s so many decisions to make. Decision making, however, is so much less about the like, actual, factual, should I do this? Or should I not? Should it be blue? Or should it be red? It’s less about that and so much more about which part of our being is actually in the control tower, which part of our being is leading us ushering us like actually finger on the button, the one making the decision? And the invitation that I have for you today guys is just so simple. We’re entrepreneurs. We’re in business. We’re growing our businesses so let’s use that as an example because this is relevant in all areas of life. Do you go on the date? Do you not? Do open your heart? Do you not? Like this is relevant in love, in business, in money, in finance, in life, in location. It’s relevant in all of it quite simply, is the part of you that is devoted to expansion.. is the part of you that knows not only who she is in this moment, but who she is becoming..is that part of you leading your decision making process? Is that part of you, your expansion, your rising, your knowing what you are elevating into…is she the one with her finger on the button in the control tower of your mind, heart, body, being when it comes to making your decisions? Or is your glasses on in the spreadsheet, doubting, I don’t know if this is a good idea. Is that part of you the one that’s making the decision? Now please don’t get me wrong. I’m not saying that like being analytical and having a clear idea of your numbers. And all of that is important. It of course is. Hello, we’re CEOs, we’re business women. And I just want to remind you that when it comes to making decisions in your growth, specifically investments in your expansion, and decisions of which rooms to put yourself in.

Making decisions from the version of you that you are becoming

I just paid $10,000 in full last night to go on a five day retreat with a bunch of amazing other seven figure business owners next year. I’m so friggin excited for that. And again, like really clear me five years ago, hell, even me probably like two years ago would have been like $10,000 for five days, like four and a half days. Isn’t that a bit excessive? I’m like, Cool. Is that a room I meant to be in? Yes. Is that decision going to expand me? Yes. Do I know how yet that investment is going to pay off? No. Do I know that the investment is going to pay off? Abs-so- fucking-lutely. I am here for it because the woman, the version of me who is making those choices is the version the woman who I am becoming is the multi-millionaire who is abundant as fuck who is overflowing who was always investing in herself like that is the North Star. So I give us a very tangible example. But I want you to exist examine and look at where in your business, you are saying, on one hand, I’m here for the expansion, I’m ready to rise, I’m ready to go for it and get the decision making part of you is not getting yourself in the room, the decision making part of you is holding you back the decision making part of you says, yeah, but it’s not logical. Yeah, but I can’t really do that yet. Yeah, but what if I don’t make it, that is not how we rise, we rise by making decisions from where we are going, not where we have been.

What does alignment in decision making mean

Surrounding yourself with expanders

If I can tell you anything and growing a multi million dollar brand over the last four years and having a seven figure business this is how we do it. We be in alignment with who we are becoming we be intimate with the decisions that we have to make and we make those decisions from the most expansive version of ourselves. Go do it go be awesome. Know that it’s your time to rise. I am feeling so lit up today like this week. I’m not gonna lie guys. This has been a heavy call week for of clients. For me. It’s been a full on week. I was off in Greece. And before that I was off on a retreat and then before that I was leading retreat. So I’d had like three weeks of no client calls. So it’s been very abnormally super heavy, like six to seven hours a day of coaching. So I’m tired. But I’m also like so energized because my clients right now are literally blowing up I’m talking six figure months, quarter of a million dollar month for one of my clients like Holy moly. Six Figure launches like filling the room. I mean, these women are just astounding, they are blowing shit up. And when I look at like, how is this happening? What are they doing? Like one all of the conversations in my inner circle mastermind right now, in my rise mastermind right now for this year. It’s like we are having so many conversations about this very topic of like how we lead, how we make decisions, how we find our own edge and lead ourselves through that. And if there is something that I can offer to you guys it is just get yourself in the room get yourself surrounded by people who expand you. With other women who are playing at the level you want to be playing at yes but who are also in the deep inquiry of feeling themselves rise and feeling themselves contract and how we lead ourselves through those moments is how we get to the other side. And I am just like celebrating the pants off of my clients. I’m celebrating what this rise means for all of us. I mean, such a core thing that I feel in my bones. It’s beyond a brand value of rising together. It is like an ethos. It’s a way of being breathing and moving through this world. I feel it for you. I feel it for me, I feel it for all of us where we are rising together, and it’s happening. And if you feel left out if you feel like it’s not happening for you, my beautiful invitation for you sister is like what rooms are you in? Are you surrounded by expanders? Are you in the room with other people who are growing and devoted to their own growth? Growing and devoted to their own expansion? Who know that the sky isn’t even the limit. Those are the rooms you want to be in. Those are the rooms you want to get in.

And remember, just going to summarize everything we’ve talked about today. Pay attention to the decisions that you make in your business, what the decisions are and who you are being as you are making those decisions. Are you connected to the part of you that is expansive, that is committed to growth that knows who she is and where she’s going? Or are you connected to contraction? Who is calling the shots? Who has their finger on the button? You decide. You always decide. I love you. I can’t wait to see you next week for bigger and if you resonate and you want to go deeper. Love you guys. Choosing Response Over Reaction In Times of Crisis How to Land a TEDx Talk: The Exact 6 Steps I Took To Land My TEDx Talk A Strong Girl Gang is Everything: How to Find Your People and Build Community That Lasts 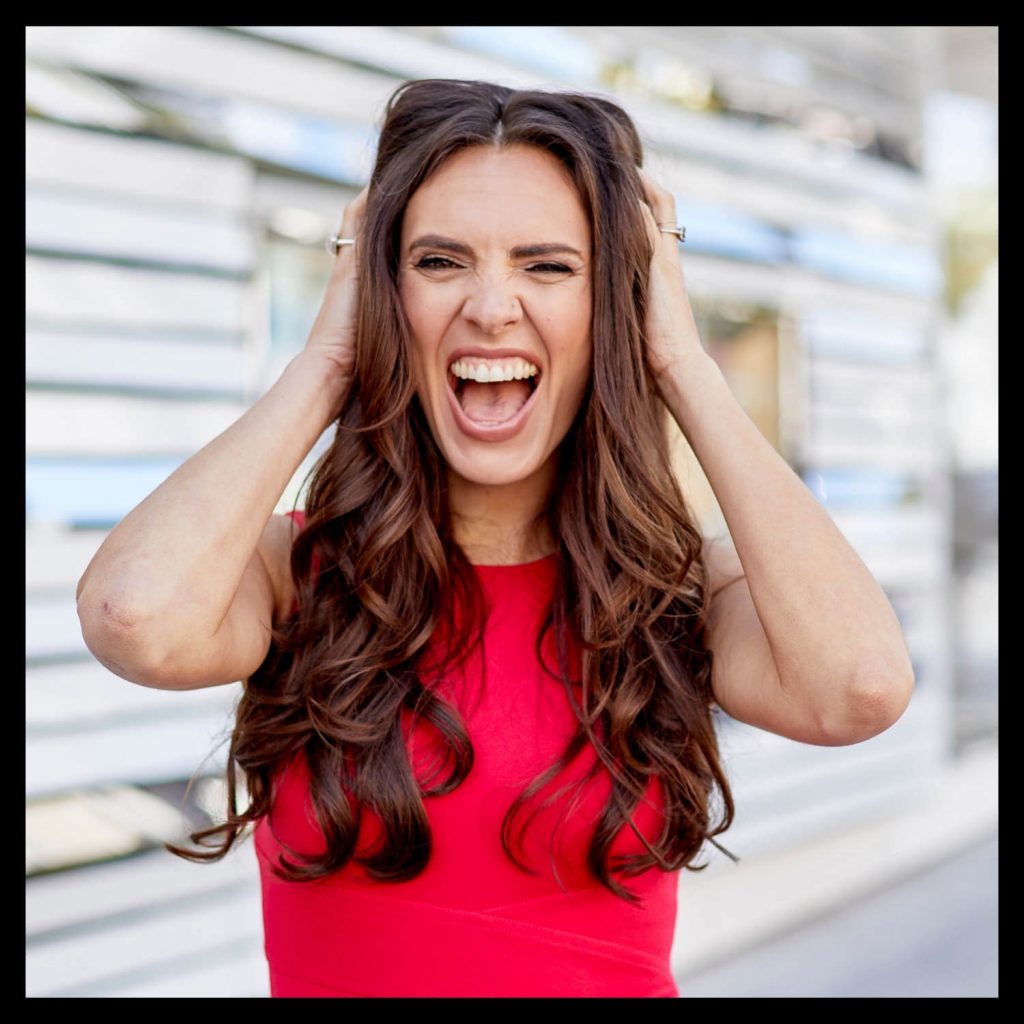 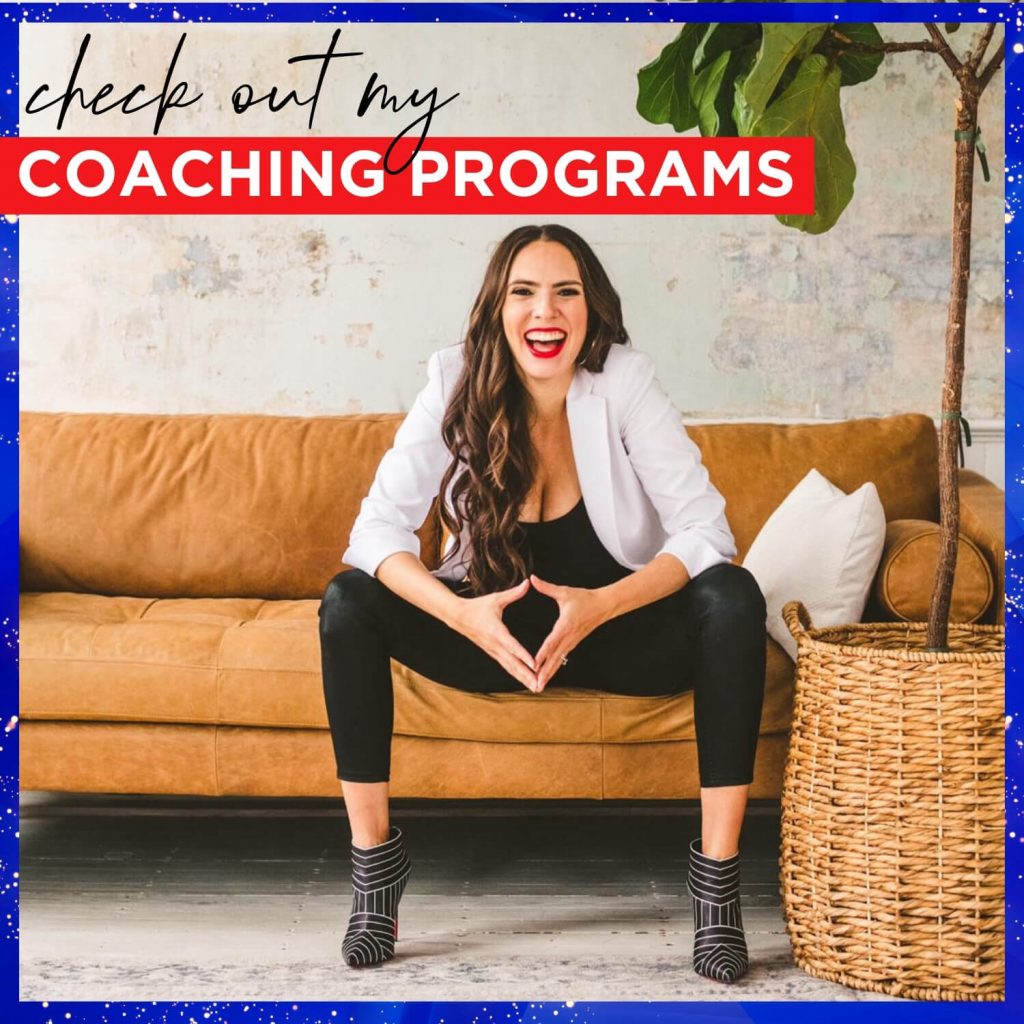 Listen & subscribe to the hottest show for female entrepreneurs, Born to Rise!

Join my free Facebook community for boss babes on the rise!

The one stop shop for business tips, baby pics, and all things behind-the-scenes.

Where you’ll find my most sharable, bingeworthy motivational and educational content.

Lights, camera, action! Catch all my shows and videos here.

Where I keep it super profesh — articles, business profile, and job opportunities.